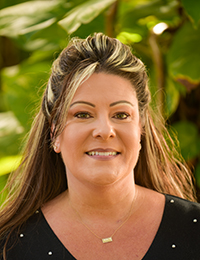 Heather has worked in the veterinary field for over 25 years. She started her career at Animal Care Center as a veterinary technician in 1997 and quickly realized that human resources was her passion. She has dedicated her veterinary career to the betterment of client and patient care, always striving to exceed client and patient experiences. Heather is currently the Practice Manager for Animal Care Center and has been since 2004. She is always focused on creating a healthy, positively charged work environment. While not in practice, Heather enjoys spending time with her husband and fur-children. 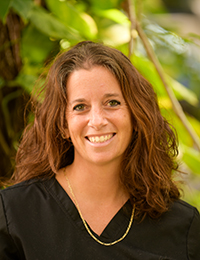 Amy joined our team in 2005, having started working in the veterinary field nine years prior. A married mother of two, she has lived in Florida since she was 11 years old.

Amy’s furry family consists of two dogs, Jace and Kip. In her free time, she enjoys gardening, hiking, and exploring and playing sports with her kids. She’s also active as a volunteer, attending an annual fundraiser to find a cure for polycystic kidney disease, a condition that affects her mother, sister, and brother.

Her special interest is surgery. Because of her skills in anesthetic monitoring, she’s sometimes affectionately referred to as the “dental queen.” 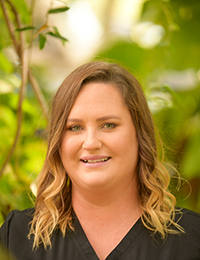 Lynsee joined our team in 2012. Her twin sister is also on staff and they love working together. Lynsee’s favorite parts of her job are training new hires and taking care of hospitalized patients.

She and her husband have a young son named Frankie and a large furry family that includes Silas, Willy, Phil, Fetty Wap, and Slim Shady. A native Floridian, she enjoys boating, fishing, and makeup. 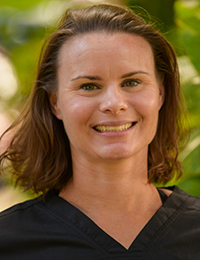 Melissa has been with Animal Care Center since 2002. She has more than 22 years’ experience in the veterinary field.

Married with three children, Melissa loves kayaking, working out, and spending time with her human and furry family. Her pets include Ellie, a Spaniel mix, and two tortoises – Zoey and Katie. 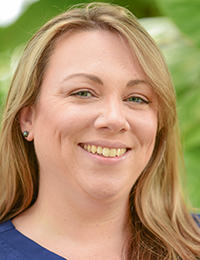 Tiffany first started with us in 2005 as a receptionist and technician. She has extensive experience in feline and canine behavior and enjoys dog training, and wildlife rescue, as well as hospice, senior, and end-of-life care.

In her free time, Tiffany enjoys horseback riding, camping, and kayaking. She can also be found helping out on her sister’s hobby farm, spending time with friends and family, and lazing around on the beach. 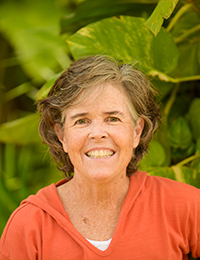 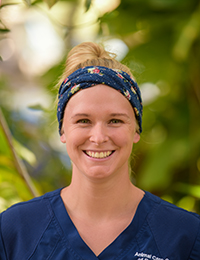 Jessica joined our team in 2015 after earning her CVT from St. Petersburg College. Born and bred in Pasco, she has a large pet family that includes dogs, cats, ducks, rabbits, a guinea pig, and a snake. She has a special interest in veterinary dentistry and phlebotomy.

In her free time, she enjoys gardening, kayaking, being outdoors, and spending time with her friends, family, and fur babies. 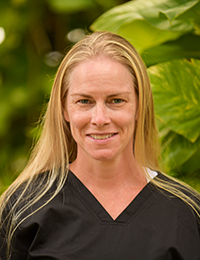 Gina has been working in the veterinary field for more than 22 years. She joined our team in 2019 and earned her CVT from St. Petersburg College a year later. She has a special interest in small animal medicine and loves working with patients and learning new ways to make them healthy and happy.

In her spare time, Gina loves to run, bike, and paddleboard. Fitness is a passion. So is the outdoors. She also loves going to Disney World and curling up with her Chihuahua, Kanga, while reading a good book or watching a Disney movie. 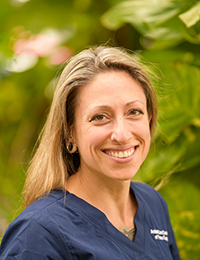 A life-long animal lover and mother to a baby girl, Jamie enjoys anything having to do with fitness and the outdoors. When she’s not working or taking care of her daughter or animals, you can find her taking part in her favorite activity, obstacle course racing! She also enjoys running, hiking, biking, and CrossFit. 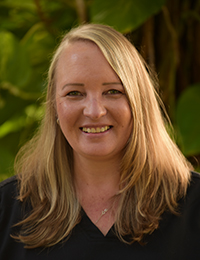 Jaqueline has been in the veterinary field since 1998. She joined our team in 2014. Having first served as a nationally certified K-9 trainer, she made the move to the clinic setting to put her skills to work helping sick and injured animals. One of her favorite parts of her job is developing long-lasting relationships with both clients and patients. 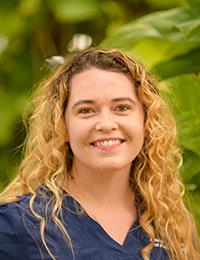 Abigayle has been with us for three years. Her love of animals shows in her large furry family which includes Amelya, Nike, Harper, Bare Bear, Glinda, Stella, Ellie, and Bellfire.

K laser-certified, she particularly enjoys radiology and client education. In her free time, she likes to go scuba diving every chance she gets. 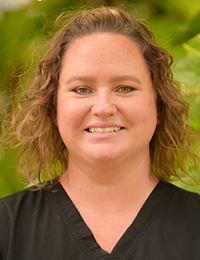 Ryann has been with us since 2004. She does double duty here at the Animal Care Center, working as both a technician and a groomer. Ryann is mother to a six-year-old boy who keeps her on her toes. Her furry family includes Diesel, Tiki, Rousey, and Cuddle Jones

In her free time, Ryann enjoys spending time with family and friends, going to the beach, and being crafty. 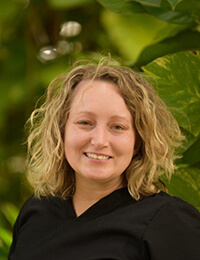 Alyssa joined our team in 2015, a year after earning her CVT from St. Petersburg College. Her furry family consists of one dog – Sierra – and five cats: Tuna, Lily, Kevin, Jazzy, and Rosita.

Alyssa loves every aspect of her job as a vet tech, but her particular interests include geriatric medicine, surgery, and internal medicine. In her free time, she loves to swim and do arts and crafts. 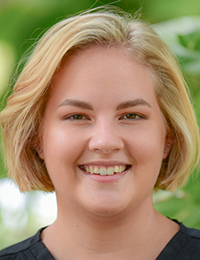 Stephanie joined our practice in 2017. Three years later, she became one of her valued technicians. She has a B.S. in marine biology and, in her free time, enjoys scuba diving at the Clearwater Marine Aquarium. 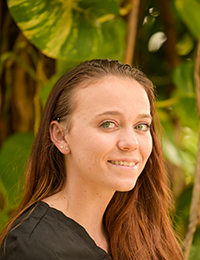 Kassidy, who joined the Animal Care Center team in 2015, is a life-long animal lover with three dogs, six cats, and two sugar gliders at home. She’s currently in school, pursuing a B.S. in integrative animal biology.

If there were a reward for taking in the most strays, Kassidy would win it in a heartbeat. Her professional interests include rescue work and rehabilitation. She loves to help pets in need find forever homes.

In her free time, Kassidy enjoys traveling, rollerblading, doing puzzles, hanging out by the pool, and taking care of her animals at home. 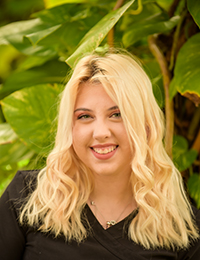 Mikayla grew up in our hospital, following her mom around and learning the ropes. She’s worked in the veterinary field since she was 15 and officially joined our team in 2015. She’s currently in school, studying for her CVT, after which she plans to specialize in rehabilitation. Her other professional interests include pathology and behavioral counseling.

Every day she wakes up with a smile on her face, excited to help the animals in her care have a happy and healthy future. 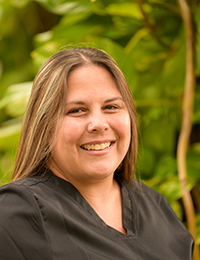 Tanya has worked as a veterinary client care representative for 18 years and loves interacting with pets and their families. She’s the mother of two children and has a pug named Hanna.

In her free time, she loves listening to music, going to the beach, and spending time with her family. 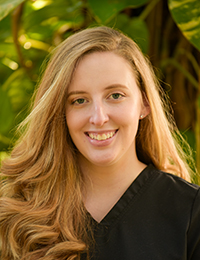 Her favorite things to do include going to the beach and to Disney World, listening to music, spending time with her family, and drinking a cup of coffee while watching movies with her kitty. 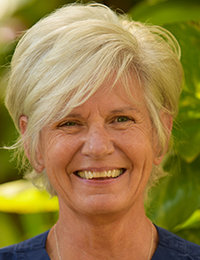 Laurie joined Animal Care Center in 2019 after moving back home to Florida from South Carolina. She has been active in the veterinary field for 15 years.

In her free time, Laurie enjoys spending time with family, hiking and swimming with her two dogs, Pok and Trek, and going to the beach. 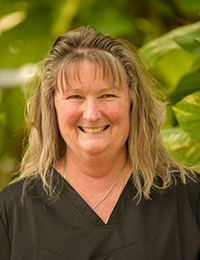 Joy has more than four decades’ experience working in the veterinary field. She joined our team in 2012 and is the proud caretaker of four kitties. 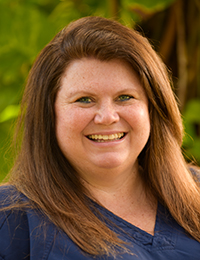 Marieanne, a member of our team since 2007, is the proud mother of two boys and memaw to one adorable grandson.

Her furry family consists of two dogs: Wrangler, a pit/lab mix, and Gracie, a yellow lab. In her free time, Marieanne enjoys fishing, crafts, baking, archery, and being with her family as much as possible. 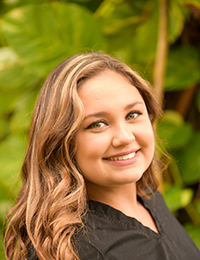 Samantha became a part of the Animal Care Center team in 2019. At home, she takes care of three dogs – Teddy, Bella, and Daisy – one cat (Nala), and one hamster (Ollie). In her free time, Samantha loves being with her family, catching up with friends, taking her dogs to the park and beach, and visiting Disney as often as she can. 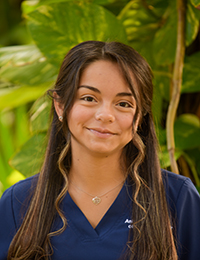 Natalia joined our front desk team in 2020. She is currently studying to become a neonatal nurse.

In her free time, Natalia enjoys fishing, mudding, shopping, and spending time and exploring nature with her family and boyfriend. She’s a dog mom to Hanna, a pug, and Ellie, a Shih Tzu. 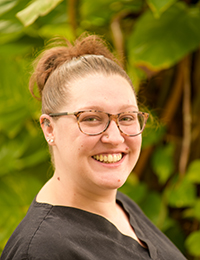 Candice joined our team in 2017. A native of New Jersey, she began her career as a groomer in 2010 just after her son was born. She has an associate’s degree in medical billing and coding and once received a customer service award from PetSmart for her excellent grooming work there.

Candice originally wanted to be a cosmetologist but then discovered that she preferred working with animals. Her furry family includes one dog and two cats. She’s also the proud owner of two chameleons and spends all her free time with family and friends. 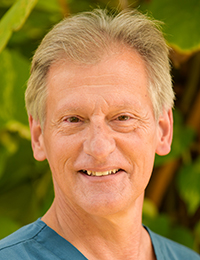 Jim joined our team in 2008. A family man, he has four children and five grandchildren. He’s also the proud caretaker to three birds, four turtles, and a Maltese mix named Buster. 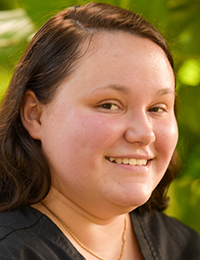 Jessica joined our team in 2017. A huge animal lover, her furry and scaly family consists of two dogs, two rabbits, and two bearded dragons. When she’s not working, she loves spending time with her pets and playing with her baby. 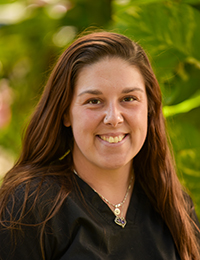 A member of our team since 2019, Amanda is the proud caretaker to six dogs, nine bunnies, and one pig. In her spare time, she enjoys being with family, working on her big truck and rebuilding cars, kayaking on the river, line dancing, and tending to her small farm.

Timothy came to us in 2020. He loves dogs – particularly huskies – and has four at home.

In his free time, he enjoys playing baseball and hanging out with friends and family. His professional interests include sports medicine and surgery. He’s also our resident trivia nut.